Joint Declaration of Intent (JDI) between EnergyAgency.FUKUSHIMA and NRW.Energy4Climate (Germany) in the field of Renewable Energy

EnegyAgency.FUKUSHIMA signed a Memorandum of Understanding (MoU) with EnergyAgency.NRW, which was a support organization of industry in the State of North Rhine-Westphalia (NRW) in November 2017, and has promoted mutual economic exchange through various projects. This was realized following a conclusion of MoU between Fukushima Prefecture and the State of NRW, Germany.

Due to organizational restructuring of the industrial support organization in NRW, EnergyAgency.NRW was dissolved, and a new state-run organization NRW.Energy4Climate was established. Its role is to integrate and implement policies on renewable energy, energy transition and climate change measures. Following such a change, a JDI between EnergyAgency.FUKUSHIMA and NRW.Energy4Climate was made and entered into for the further promotion of mutual economic exchange.

■ About JDI
① Areas of cooperation
・ Bioenergy ・ Wind energy ・ Geothermal energy ・ Photovoltaic
・ Fuel cells and hydrogen technologies
・ Storage technologies
・ Integration of renewable energies in the power, heat and transport sector
・ Market schemes and strategies
② Forms of cooperation
・ Joint seminars in both regions
・ Participation in trade fairs in both regions
・ Investigation of market opportunities in both regions
・ Support of networking, project development, research
exchange between companies, institutes and research facilities in both regions
・ Organization of conferences, workshops and project visits
・ Utilization of synergies as well as the networking of relevant actors in the fields of politics as well as administration industry an science
・ Documentation of participation companies from both regions in the various activities as well as resulting cooperation and business transactions
③ Term
・ Between July 4, 2022 and December 31, 2023 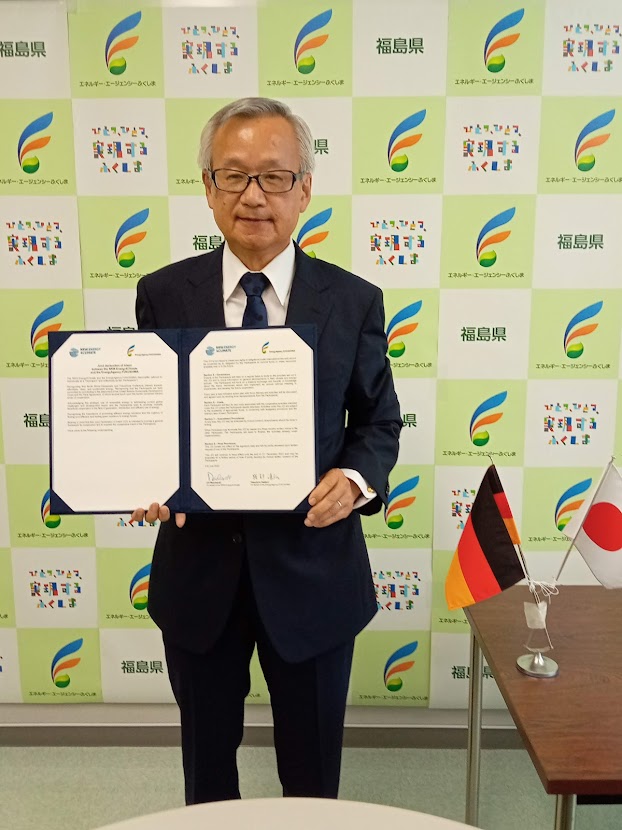