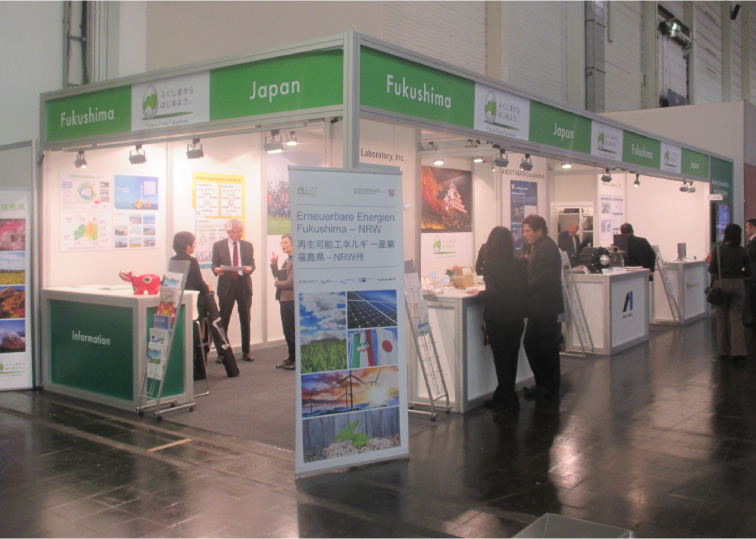 We will support matching between local companies and overseas companies by inviting overseas companies to “REIF Fukushima” and individual matching. Particularly in collaboration with the NRW state in Germany, we promote the entries of each other’s regional market. In addition, we, local enterprises will participate as a group in the exhibition, E-world energy & water to be held in Germany. We are planning to participate the largest energy trade fair in Europe as a group. 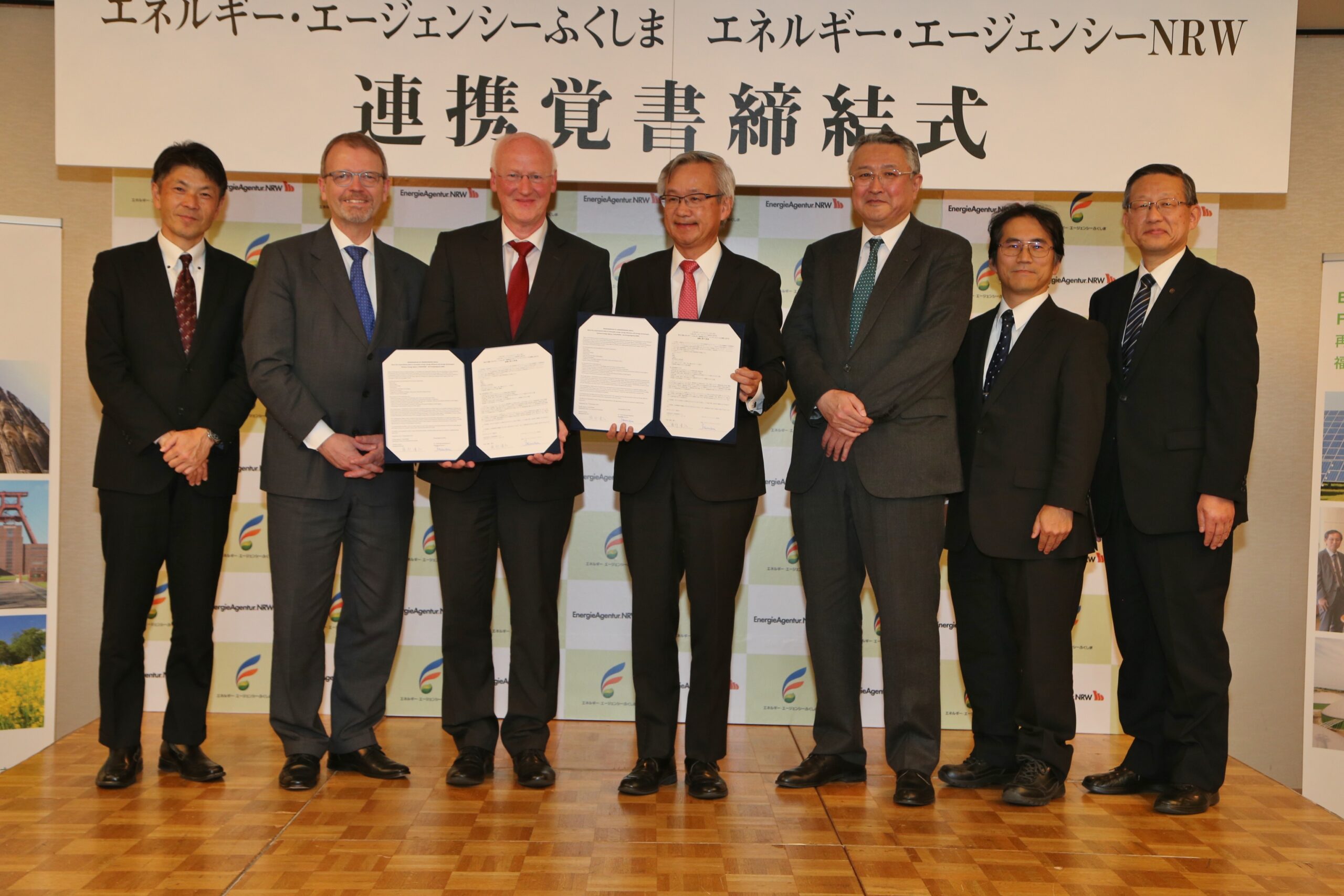 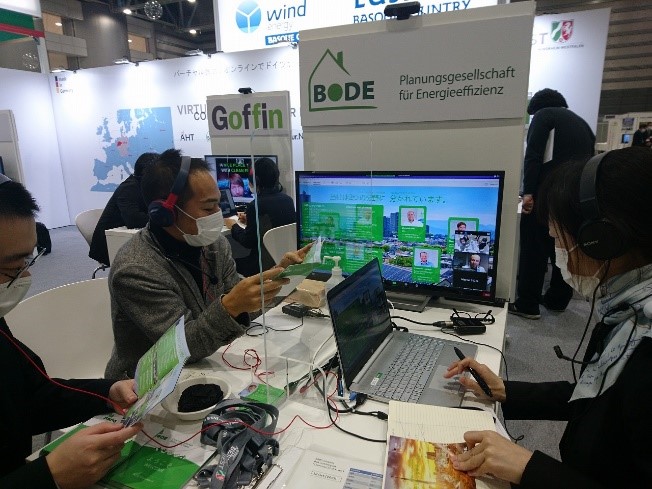 Renewable Energy Hamburg is a cluster organisation with approximately 190 members from the renewable energy sector in Hamburg and Northern Germany.

Renewable Energy Hamburg interconnects partners from four different areas: the industry, R&D, politics and civil society. Hence, Renewable Energy Hamburg cooperates with many actors involved in the green energy sector, such as energy producers, manufacturers, service providers and universities. By facilitating regional, national and international networking, by hosting high-quality conferences and by realizing collaborative projects within the European Union, the cluster serves as powerful renewable energies promotor, advocating also the interlinking of energy sectors in the Metropolitan Region of Hamburg and beyond.

Hamburg is considered a central hub for the sustainable energy transition in Germany. Not only does Hamburg have a workforce of approximately 25,000 employees working in the green energy sector. In addition, the harbour city benefits from an excellent research environment and is home base for numerous worldwide leading wind energy firms. Consequently, Hamburg represents a competence centre for renewable energy development and the coupling of the electricity, heat and mobility sectors.    www.eehh.de/en 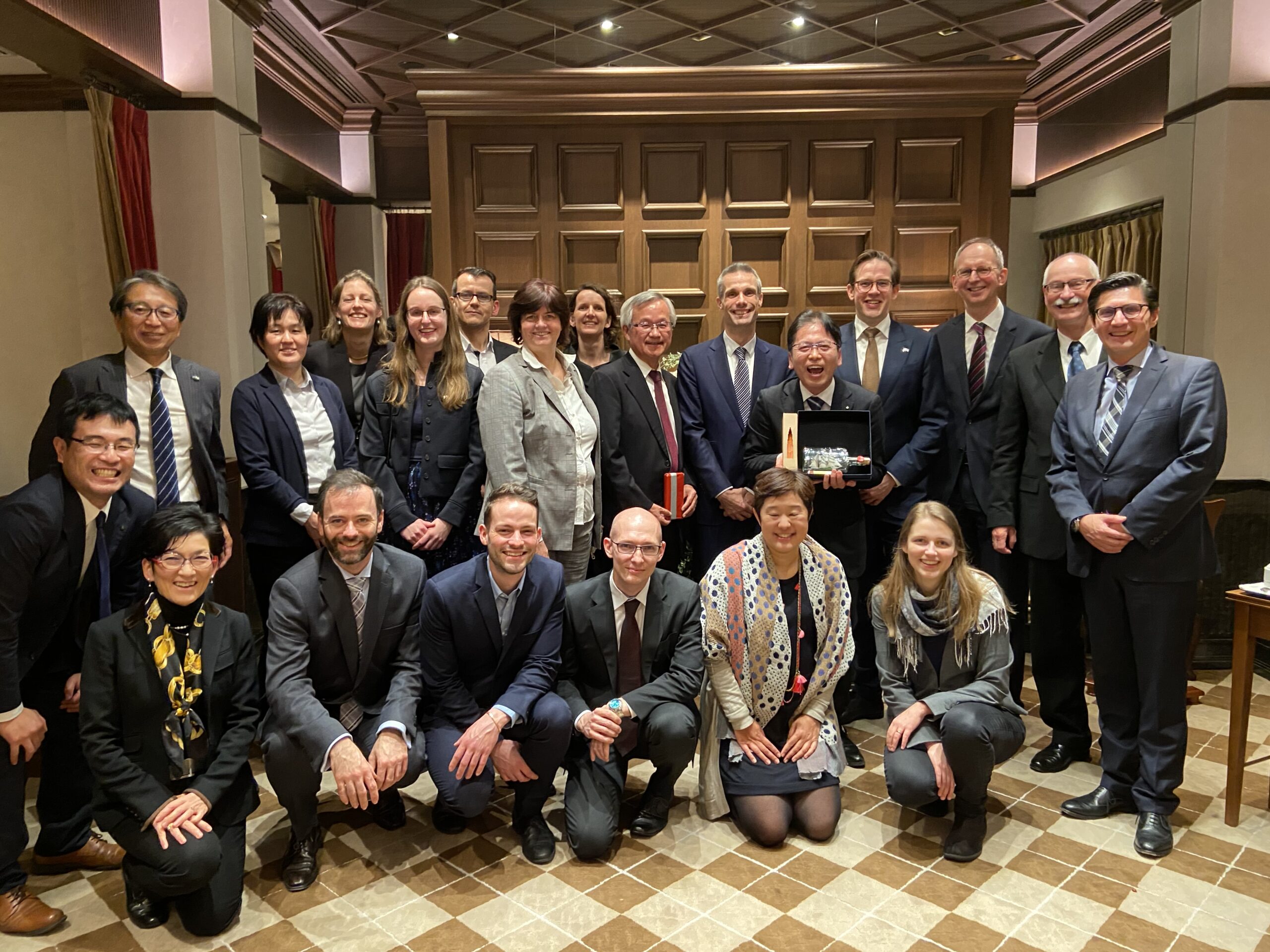 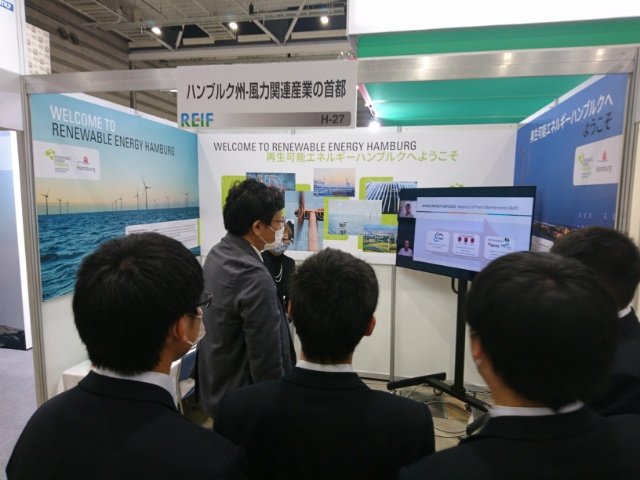 The Basque Energy Cluster (BEC) is an association located in the Basque Country, the most industrialized and innovative region in Spain. It aims to improve competitiveness of Basque energy companies by setting up cooperation initiatives among its members and with international partners in the field of technology development and business development. Basque companies are global competitors in key areas such as wind power, solar energy, hydrogen and smart grids.

On May 30, 2019, Energy­­­­ Agency FUKUSHIMA signed a MoU with ACE to strengthen the connection among both regions with a special focus in the wind power industry. A sign of this consolidated relationship is the fact that for REIF2020, seven Basque companies joined and conducted matchmaking with excitement. At the International Economic Exchange Seminar, BEC speakers introduced wind power industry focusing on floating offshore wind power turbines, one of the most promising markets in the next decade. 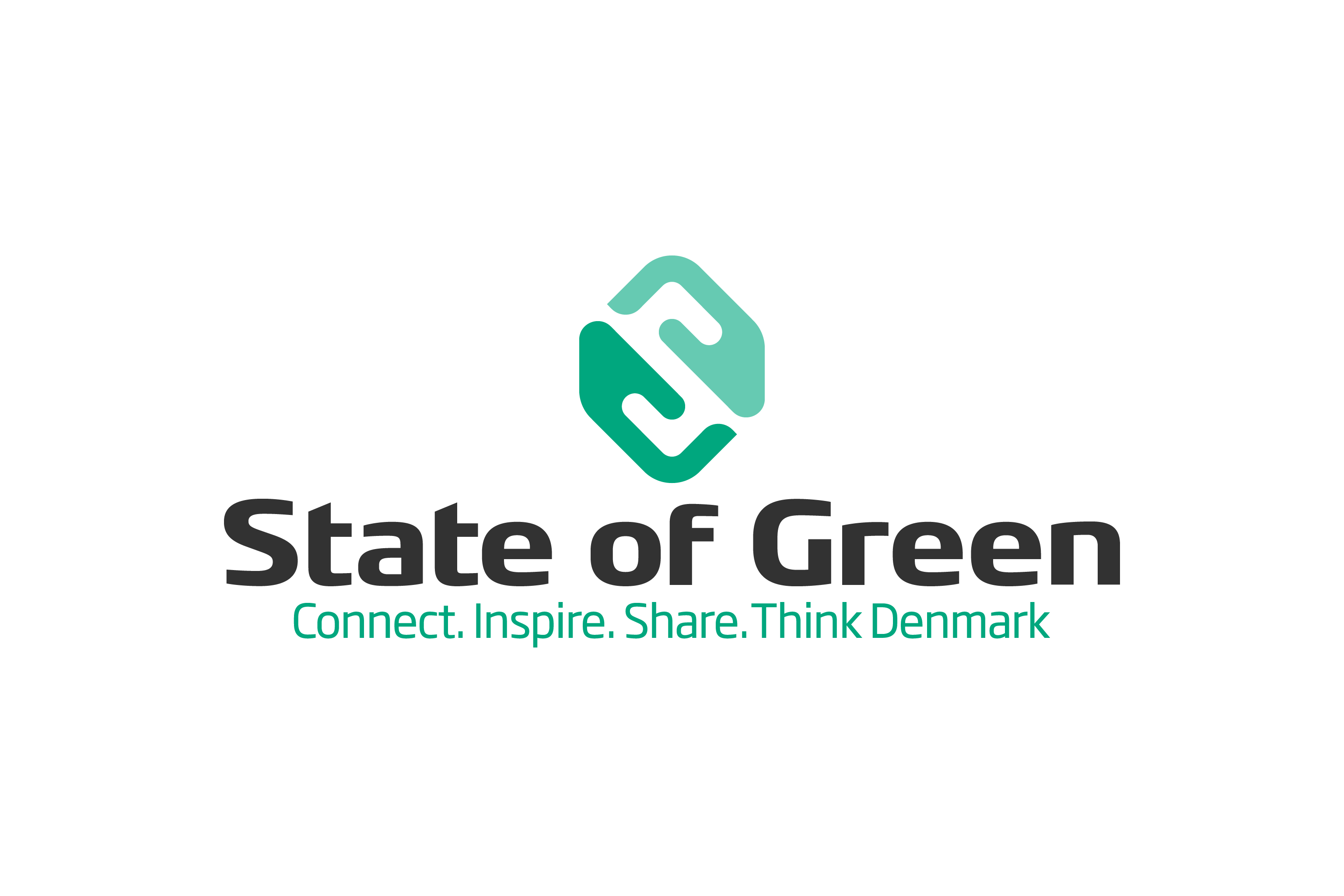 State of Green is a Danish non-profit public-private partnership which was established in 2008. State of Green is funded by the Danish Government and Denmark’s four leading business associations. His Royal Highness, Crown Prince Frederik of Denmark, is the patron of State of Green. As your one-point entry to more than 600 Danish partners, State of Green work across sectors including energy, water, circular economy and city solutions including businesses, governments, universities and researchers, as an engine to promote green technologies.

On May 23, 2019, EnergyAgency.FUKUSHIMA signed MoU with State of Green with an aim to promote technical exchange with Denmark which is a leading region of renewable energy.

For REIF 2020, Ms. Tanaka Izumi, Senior Commercial Officer of the Royal Danish Embassy and two Danish companies made presentations on renewable energy use in Denmark at the International Economic Exchange Seminar, and 3 Danish companies joined matchmakings. From 1980, Denmark has managed to decouple economic growth from its overall energy consumption: Danish GDP has increased by 100 per cent, while the Danish energy consumption has only increased by 6 per cent and water consumption has decreased by 40 per cent. Furthermore, Denmark has a goal to reduce green house gas emissions by 70% in 2030. 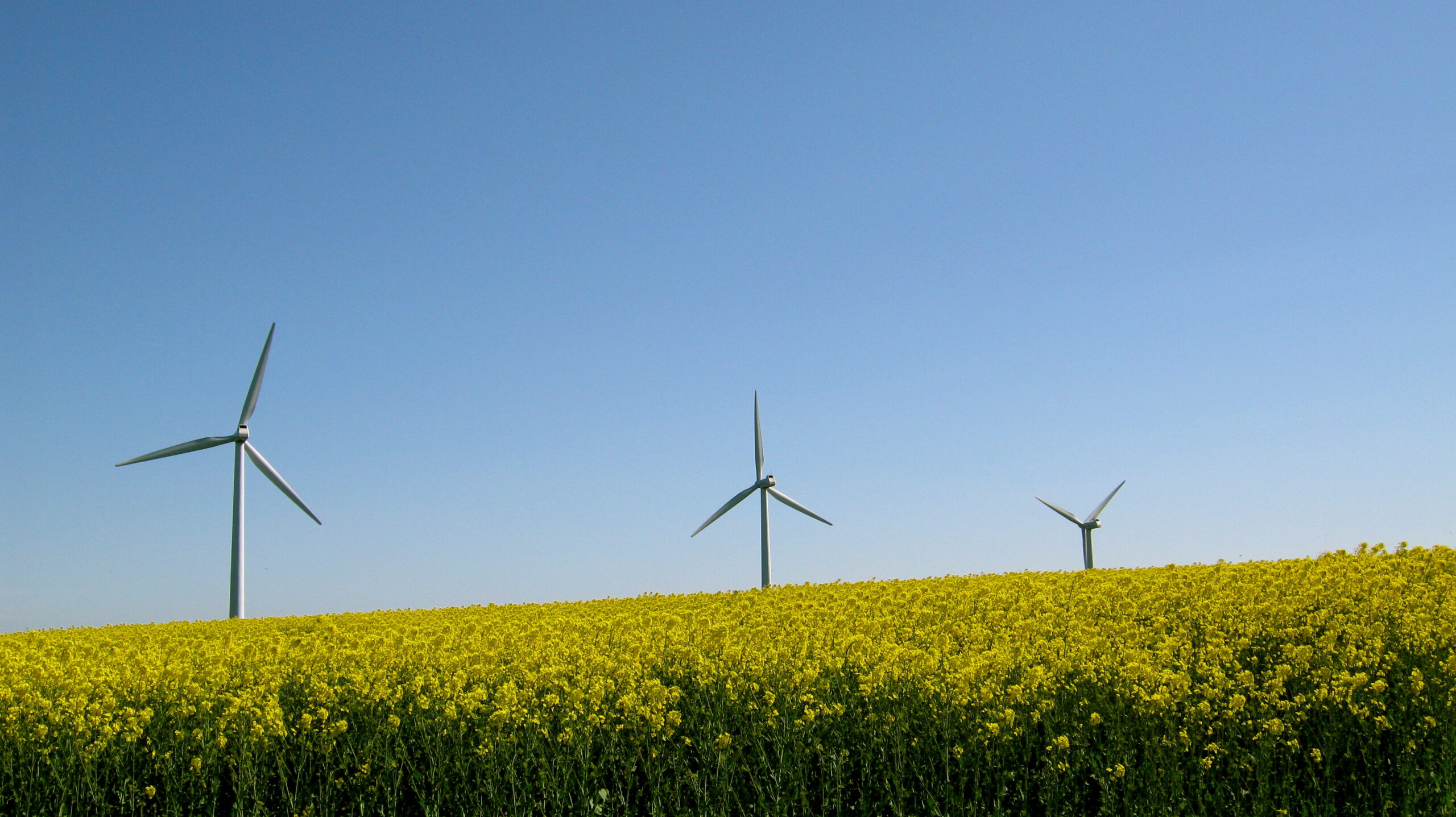 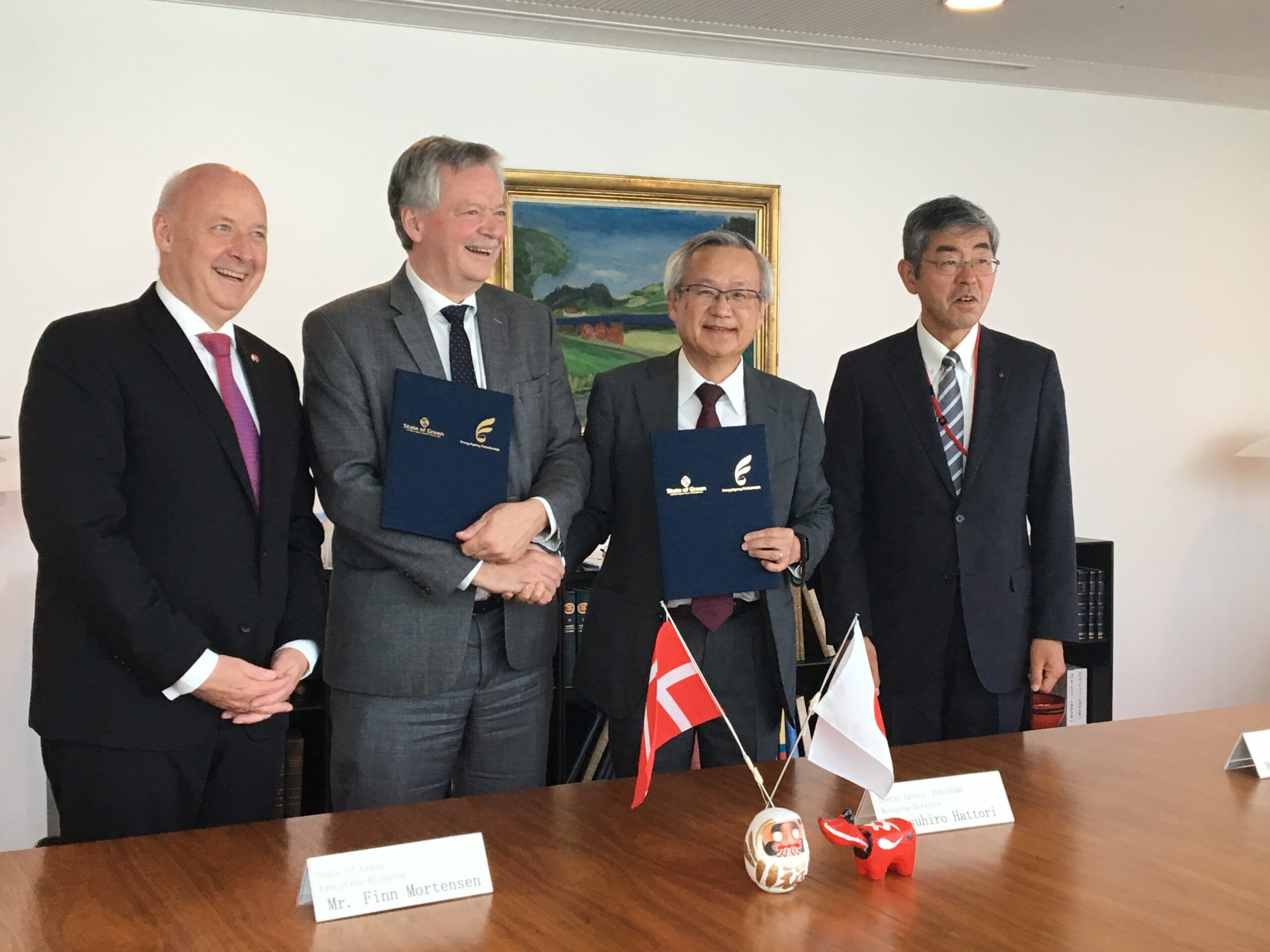 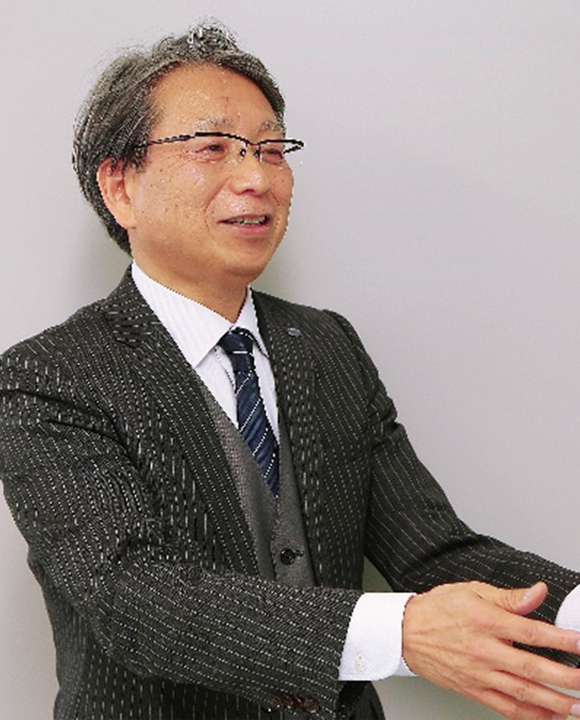 Reducing the barrier factors for local small and medium enterprises, we aim for low-risk overseas transactions using the network.

What kind of support do you have for overseas advancements?

We are providing supports to companies intending to advance overseas or companies trying to implement superior systems from overseas. We are giving advice to companies looking for partners based on our collaborative researches, business matching and overseas networks.

What are some actual examples of those supports?

Fukushima Prefecture has been promoting economic collaborations with the German NRW State, a front runner in the renewable energy field since February 2014. On one hand, Energy Agency Fukushima invites German companies to renewable energy exhibition “REIF Fukushima”, on the other, we support local businesses to participate the “E – World Energy & Water Exhibition “.
Also, under the adoption of the inter-regional exchange support, “RIT project” by Japan External Trade Organization “JETRO”, we became able to support both sides’ expansions of sales channels.

What are some examples that you have already assisted?

If you have any questions, please feel free to contact us.